Competition is hotting up …

Things are heating up in kitchens at 1000 Hills Chefs School! 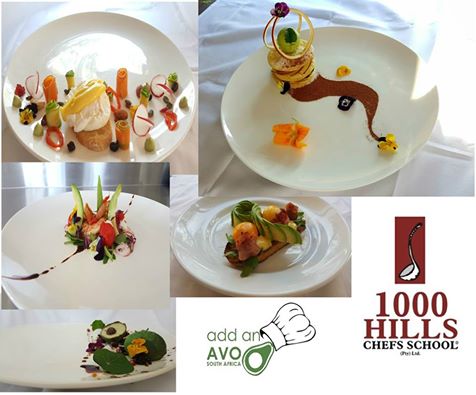 Next up is the McCain’s Tribute to Good Taste challenge, taking place in Johannesburg on 31 August. Chef Jade van der Spuy, our Hot Kitchen Lecturer, is one of four finalists who will compete in the Professional category, while Nhlakanipho Ngubane, who finished fourth in the Avo challenge, was chosen to compete in the Students category. 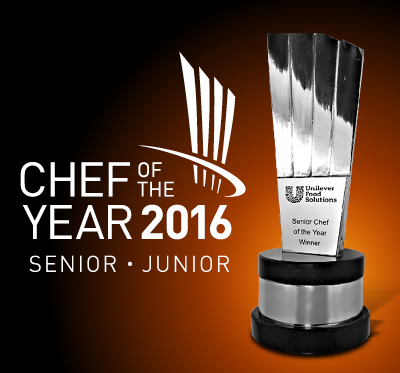 We’re thrilled to announce that no less than FOUR of the seven Junior finalists in this year’s Unilever Chef of the Year competition are graduates of 1000 Hills Chefs School. They join Chef Jade van der Spuy, current Senior Chef of the Year, who will defend her title against six top competitors from around the country at the finals in Umhlanga on 8th September. A win in the previous year is not an automatic in, and she has made it through a challenging mystery-basket cook-off in the regional semi-final to secure her place in next week’s final. As the youngest ever Senior Chef of the Year and the only woman to make it to the final round last year, she is aiming to be the first to win the prestigious contest two years in a row.

Richard Ellis, currently completing his Advanced Diploma at 1000 Hills Chefs School, achieved a fantastic win in the Canapés section of Chef of the Year in 2015. Kayla Osborn, Class of 2011, is aiming to top the second place she achieved in the Junior competition last year. Aaron Subroyal is one of the youngest ever competitors at just 18 years old, and he is up against Amerae Vercueil, former class-mate from 2015 and winner of the Goldcrest Young Chef of the Year competition last year.

The Unilever contest is judged by experienced and accredited culinary judges, including one from the World Association of Chefs. This means participants gain insight into world trends and feedback is invaluable, as chefs at every level learn and grow.

In another first, 1000 Hills Chefs School has been invited to participate in the SAB Intervarsity Beer Brewing Challenge, taking place in Kyalami on 10 September. Second year students learn the art of craft brewing during their course and Hylton du Preez, Damion Govender and Tiffany Barber are quietly confident about the quality of their brews. Accompanied by Lecturer, Chef Hugo Pienaar, they will compete against teams from 14 universities around South Africa.

As a school, competitions are a chance to assess skills against peers in the industry and it is this independent review that helps us to ensure we are always striving for excellence. Clearly the achievements of these young chefs means they have accomplished a high standard already, and healthy competition between them has pushed them to excel. We wish all our chefs every success in these contests in the coming weeks.