Winners again at Unilever Chef of the Year! 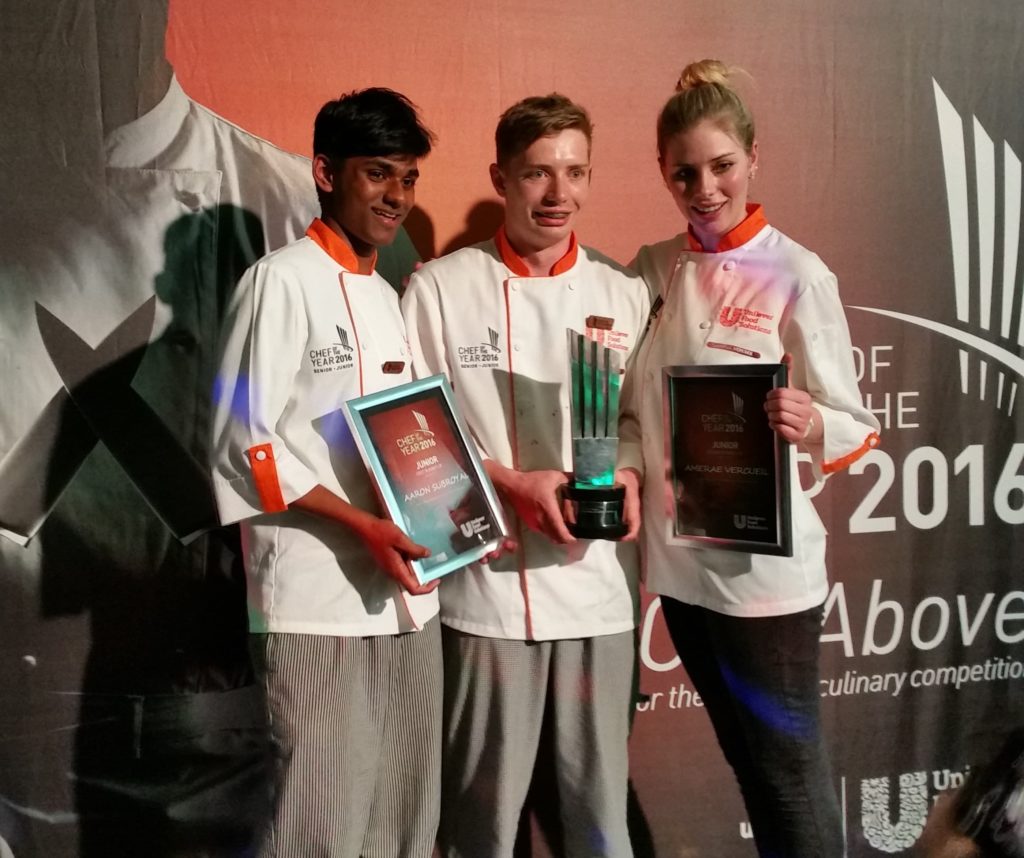 Richard Ellis is thrilled with his win, saying he didn’t expect it and competition was close. He saw his seniors competing last year and says “I was in awe of them and inspired to compete this year, and really happy to come back and take the win.”

Subroyal too is really proud of himself, and was not sure he would place. He says “I can see that I have come a long way since starting out last year and I learned so much from Chef Jade and Chef Dixi.” Both Aaron’s father and grandmother are chefs and they were at the event last night and very pleased with his achievement.

Aaron says he feels he is taking his culinary heritage to the next level and this is validation for all his teachers.

Amerae Vercueil graduated in 2015 and has launched her own food blog, Ameroozle. She says the competition put her out of her comfort zone and stretched her creativity. Her third place has given her confidence and confirms she is pursuing the right career.

Senior Lecturer at 1000 Hills Chef School Chef Jade van der Spuy says she is extremely proud of all her students. “It is reaffirming to see their success and know that we are on the right track. We set out to equip our students with the skills they need to succeed in industry, and it is with the help of competitions like Unilever COTY that we can motivate and inspire them to be the best they can be.”

This fantastic achievement marks the 5th time a young chef from 1000 Hills Chefs School has won the Junior Chef of the Year title, and marks the second time we have claimed all three top places (the first time being in 2007).